Timeless works on display at the Bermuda Society of Arts

Rory Jackson’s paintings at the Bermuda Society of Arts are timeless; and by that I mean that they could have been painted in 1930 or this morning.

I am old enough to remember the Bermuda of the 1930s and there have certainly been many changes since then. Jackson chose to paint the Bermuda which has hardly changed at all; our beaches, coastal rocks, the sea, clouds, sandy paths and old cottages.

What particularly stands out for me with Jackson’s paintings is his ability to match the colours of Bermuda precisely….

In a conversation I had with the artist he said that on his first trip to Bermuda in 2017, when coming from the airport and crossing the Causeway, he noticed the varied colours of the water in Ferry Reach and wondered if he would ever be able to match that with oil paint. To say the least, he has been notably successful in this matter, but that is part of the genius of his skill.

“Traveled Through All Time” is a favourite of mine. It shows a sandy path bordered by scrub vegetation and a rather rustic wood fence on the right of the path and a stone cutting on the left. There is a hint of the sea seen through the bush and one can imagine a beach, along with a swim and a picnic ahead. 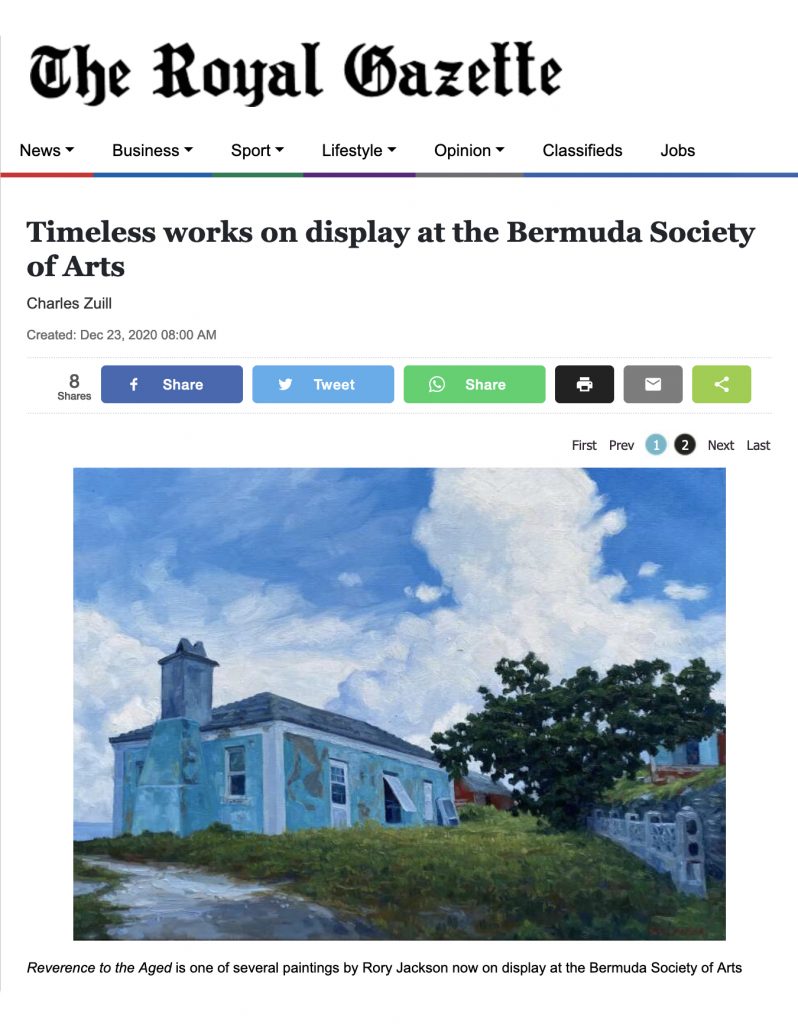 Edgewood Gallery, with locations in Vermont, Montana and Boston, believes that collectors should feel a connection to the artist’s interpretation of the landscape. Rory Jackson is one landscape painter represented by the gallery. He is devoted to capturing the beauty of the lands and skies where he lives in Vermont. His painting “Any Way You Go” depicts the drama of the late afternoon light on the mountains and fields in autumnal Vermont.

“My aim is to foster a relationship between the earth and the people who hold covenant with it,” says Jackson. “Whether it is through light, reflection, movement or design, I want to bring everlasting life to a moment in time.”

Seven Days – Do you work from photos? And please tell us your method of painting.

Rory – “A lot of the work I do in the studio is from photos. But I much prefer working outside. The sound of the birds, the waves, people talking, I find really soothing. But it’s hard to paint a large-scale piece from start to finish outside.

It takes me about two weeks to complete a painting. Some are easier, especially the ones with a lot of open space that’s sand or sky. But then you get into the color of a kid’s dress, and you’re there for some time.

I start by drawing or under-painting with sienna wash, then block in my colors, let it sit for a couple of days, then start working on it with linseed oil mixed with paint.

I feel like every line is malleable. And if you allow that to be true, you’re never stuck; you’re working from the outside in and the inside out.”

Seven Days – Outside in? Inside out?

Rory – “You want to express your truth from your inner artist. At the same time, you have to paint with a view to an audience that will support you.” 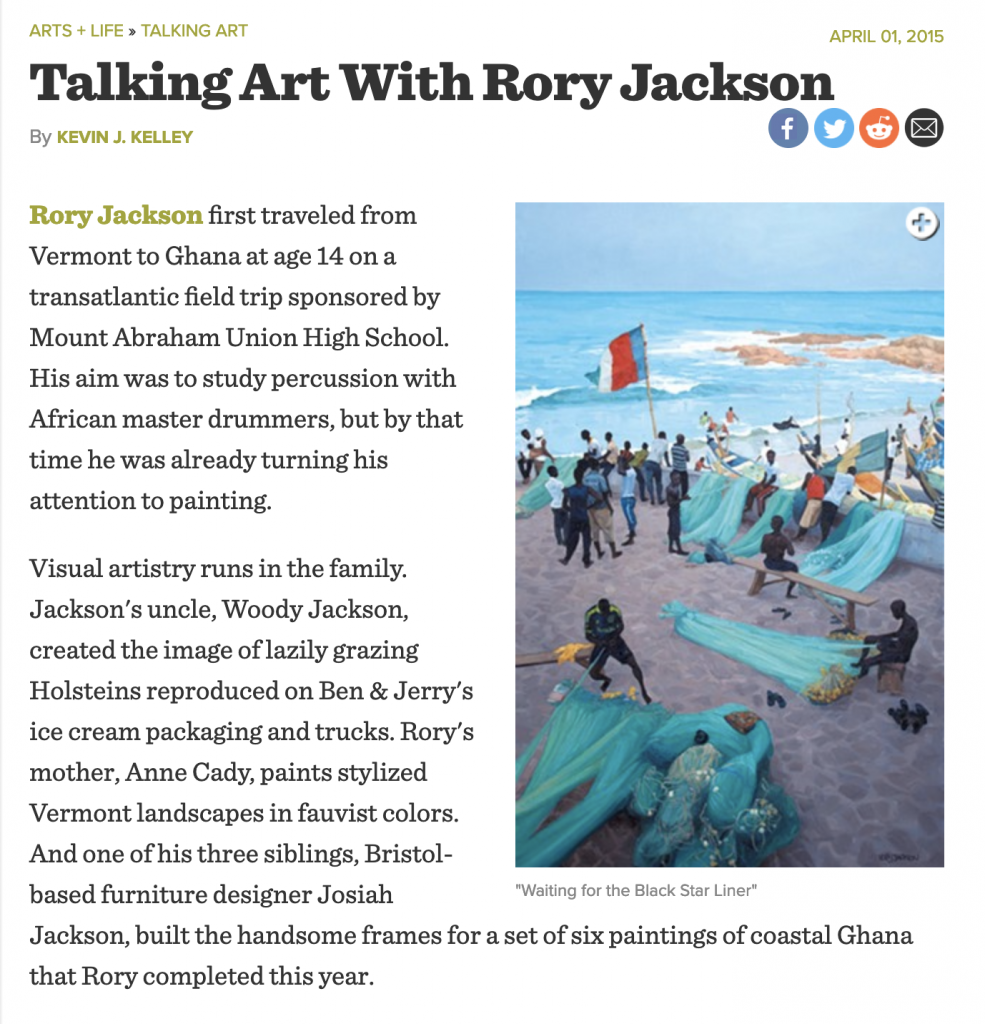 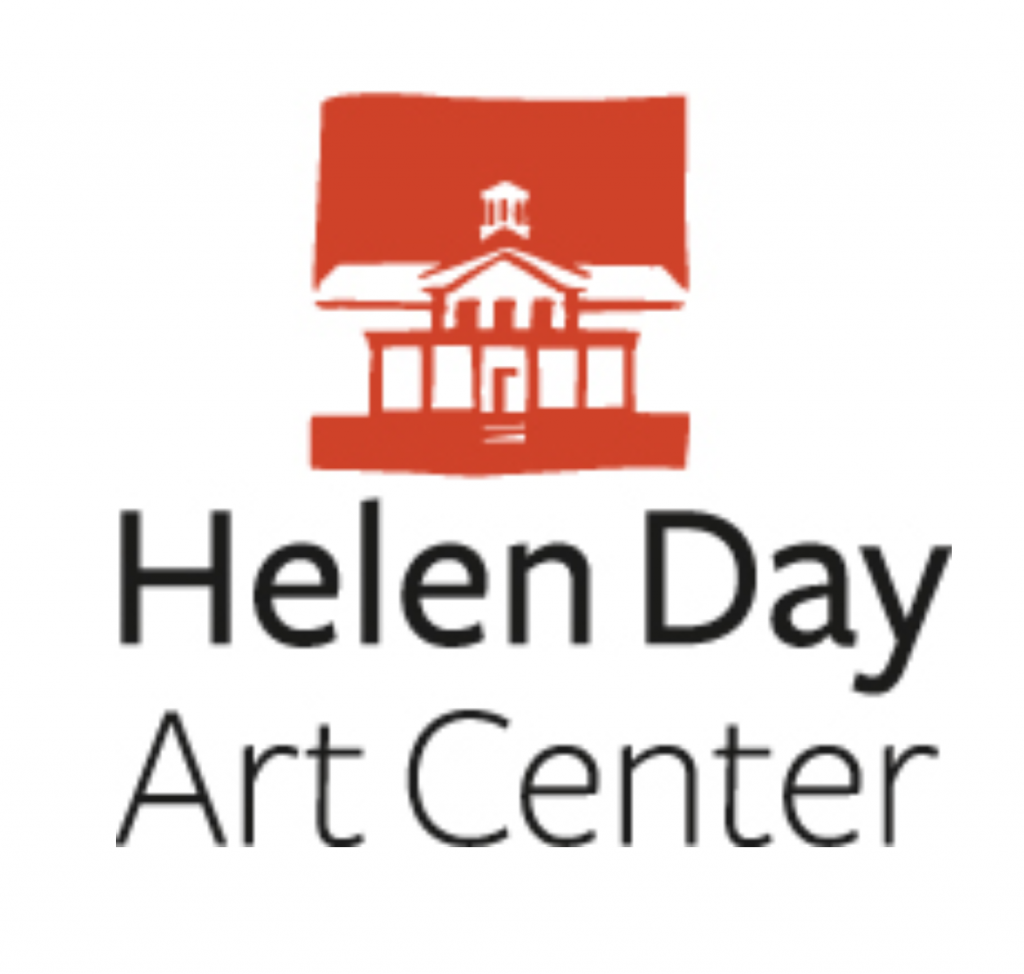